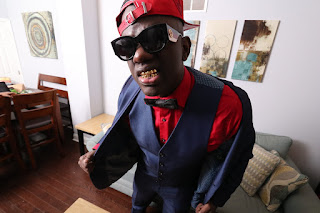 To begin, Dr. EnQi states those are rumors based on his video, “Rabbit Got The Gun.”  He has an album being released by the United Plates of America based on the urban documentary, SOULCRAFT. The buzz and frenzy are pretty intense leading people to chatter about the leading single "Rabbit Got The Gun" as if it was based on actual events. Dr. EnQi commented about receiving countless calls, texts, and messages about sticking up Polight and Saneter, pistol-whipping Billy Carson, and several other fallacies.

To truly comprehend you need to listen and watch the visuals. He states, "I just spoke to the feelings of the community being outraged at the scams and fake sh$t! People are realizing Polight probably even scammed Dr. Sebi with the story of Diabetes so many have lost time and money, it's sad. We were all fooled!"

"The music is just the next chapter in the Soulcraft Urban Documentary Series. There is no way to completely address the soul without dealing with the effects of music on biochemistry. I have been renamed by some of my more passionate followers as FOTS short for Founder of the Soul." -Dr. EnQi